A 19 year old female who had a fall from height around was admitted to DH Anantnag. The patient had trauma to mid back with weakness of both lower limbs, bowel & bladder incontinence. CT & MRI showed D12 & L1 compression fracture with cord compression.D11_ L3 posterior instrumented Stablization & L1 decompression was done as on 29/12/2016.
" 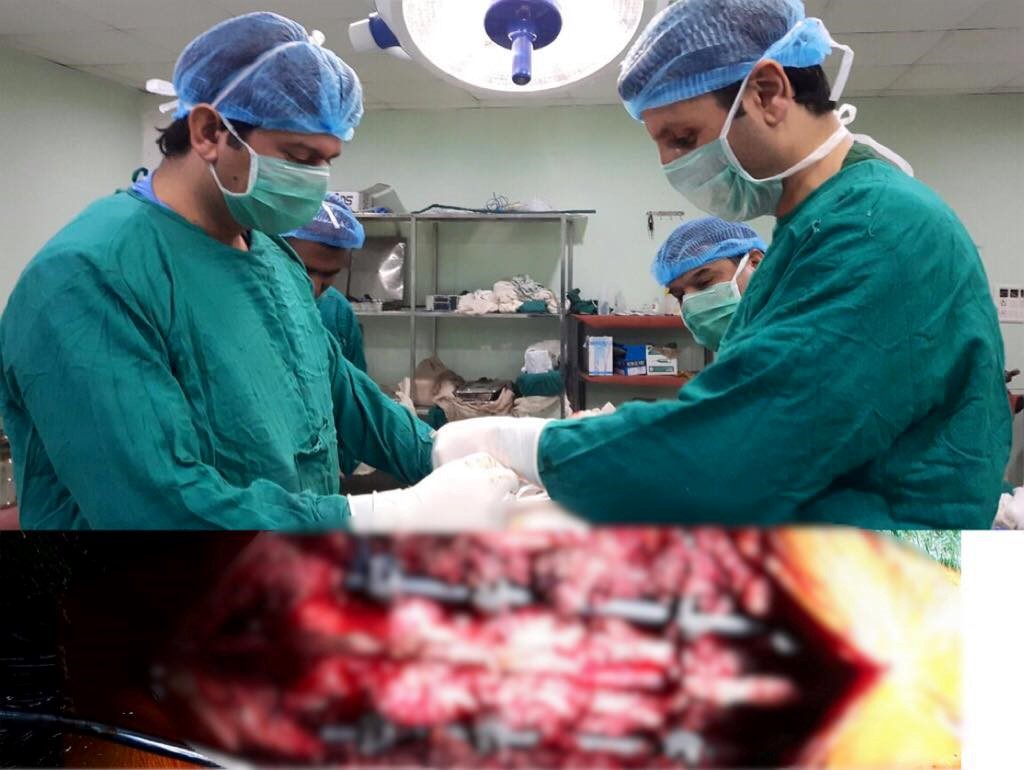 The Oncosurgical unit of JLNM Hospital headed by Dr Zahoor Ahmed performed a complex onco surgery in the month of December 2016.A 60 year old male was admitted to JLNM hospital as a case of carcinoma colon with features of obstruction. On table there was a stenotic growth in hepatic flexure and a big nodal mass engulfing middle colic/ right colic junction with superior mesentric vein.Nodal mass was adherent densely to SMV, to attain R0 resection part of smv vessel wall was excised along with tumor and vessel repaired.
"

This surgery is first of its kind which has been performed by the Directorate of Health Services, Kashmir at JLNM Hospital. 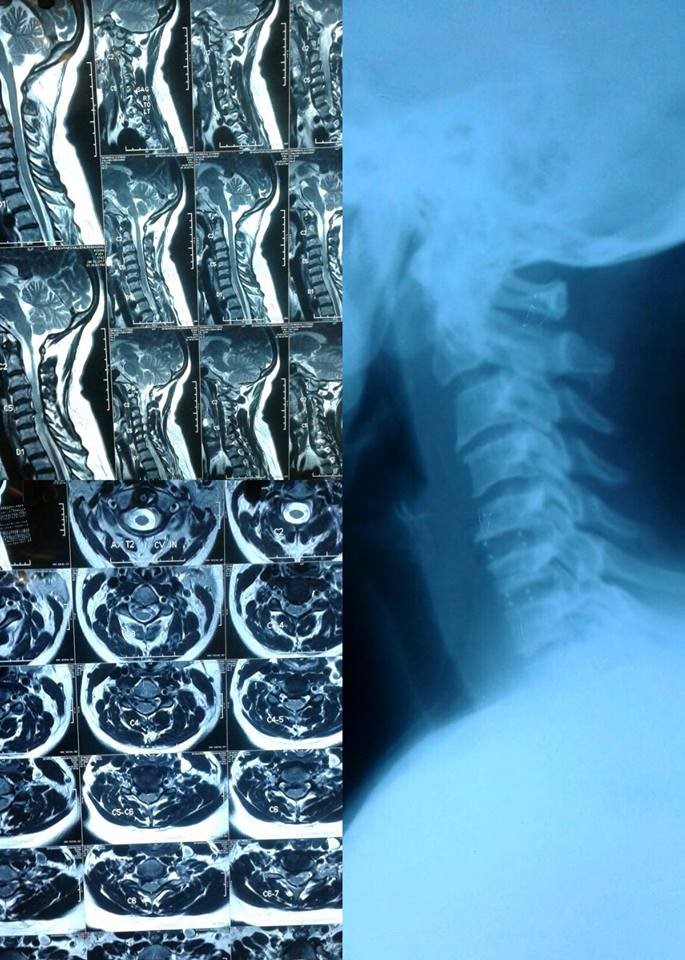 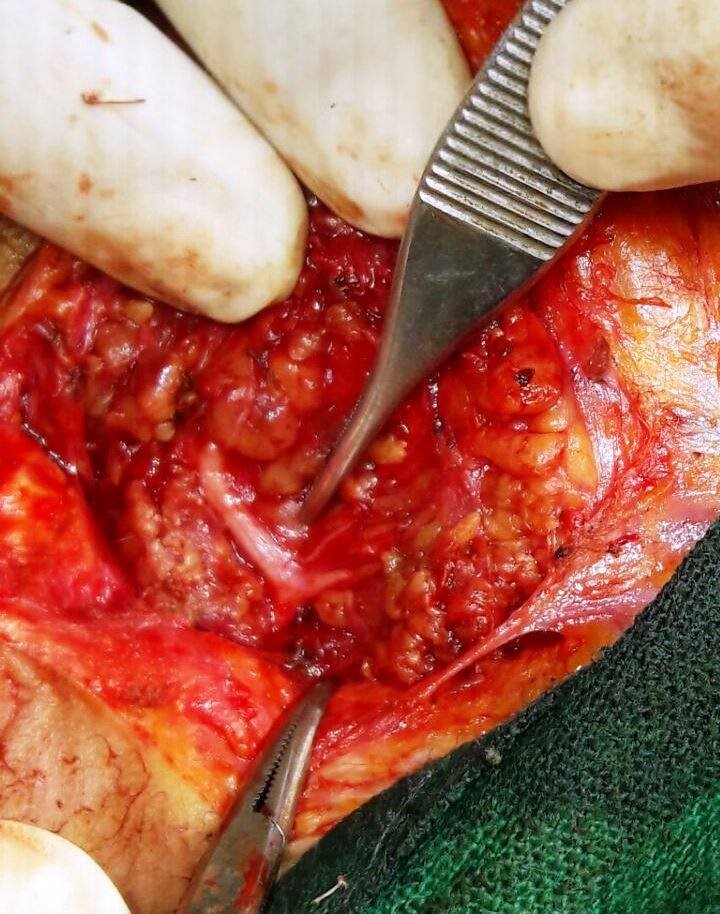 Directorate of Health Services, Kashmir in an effort to deliver quality and advanced health care services in peripheries, performed a first ever two level stichless lumbar fusion surgical procedure at District Hospital Anantnag. The surgery was performed by the Orthopaedic unit of the Hospital. A 55 year old female had come to the hospital with chronic lower back ache with pain in both lower limbs from last two years. She was having weakness of both feet with difficulty in walking. Her X rays and MRI showed block in her spinal cord at two level which was cause of her symptoms. The Orthopaedic Unit operated the patient and released her spinal cord and fused her spine bones to relieve her from back pain as well as from leg pain. Since the surgery was under magnifying loup, the operative team used very small cut over her back and closed back the wound by giving stitches all inside. It has two advantages one there will very small surgical mark and patient will have very minimal post-operative pain. There will be no need of stich removal after surgery. The operative team under the logistic support from MS DH Baramulla Dr Majid Mirab included Dr Younis Kamal,Dr Gulzar Kuchey (Orthopaedic Surgeons), Dr Mohamad Shafi (Anesthetist),Mohammad Lateef,Farooq Ahmad,Aadil Ahmad(OT Staff) . 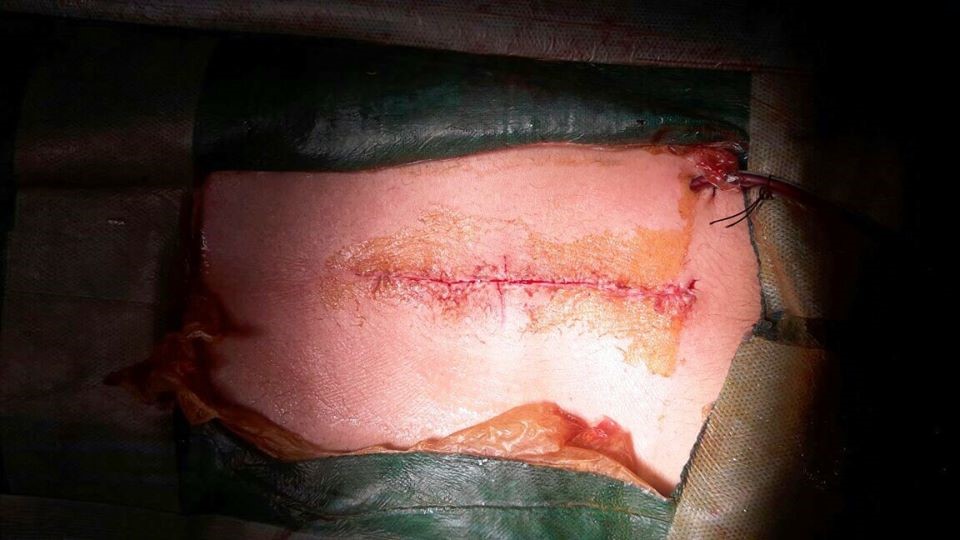 Laparascopic Orchidopexy is one of the advanced procedures in Laparo Surgery.Surgical team of Police Hospital Srinagar comprising of Dr. Irshad A. Kuchay, Surgeon Specialist,Dr. Baljeet Anaesthetist and supporting OT staff on 13.03.2017 performed this advanced procedure successfully on a 16 year old boy. Continuing its efforts the OMF team of DH Baramulla have been performing various oro-maxilofacial procedures and in that context 68 year female patient reported to oral and maxilofacial unit of District Hospital Baramulla recently with complaint of swelling in upper lip of two years duration FNAC was suggestive of pleomorphic adenoma Complete Excision of the tumour mass was done and primary closure of the defect was done with good cosmetic result Histopathology showed final diagnosis of Pleomorphic Adenoma of upper lip. The patient is in our followup without any signs of recurrence. The Operative Team compromised of Dr Babar Ali Shah, Dr Amit pal Singh, Dr Afaq Sherwani along with other staff. 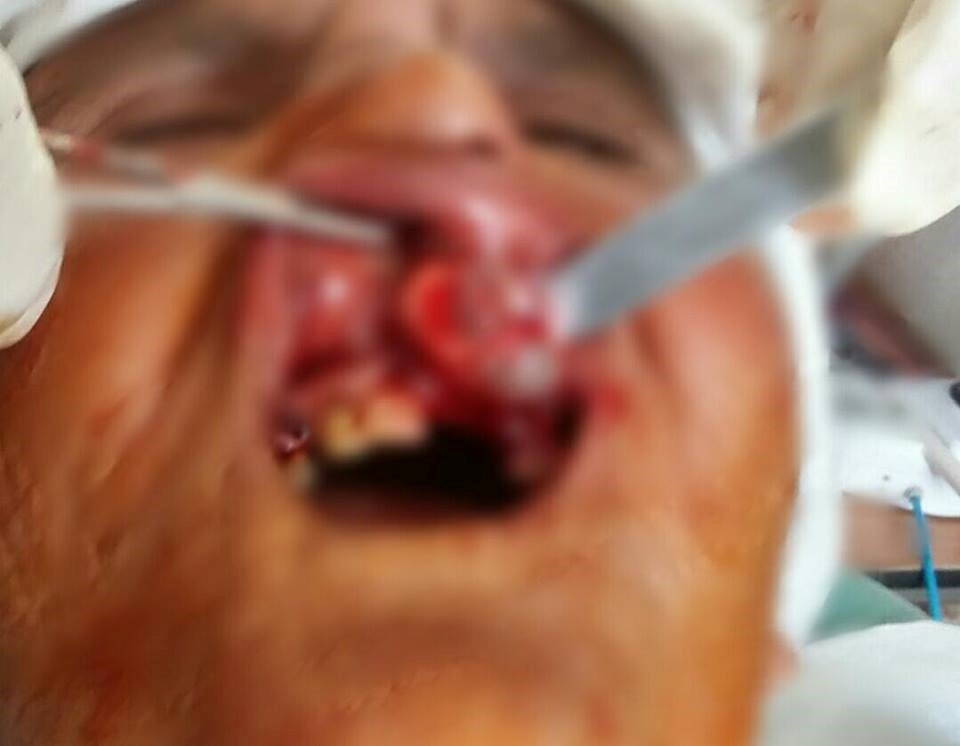 In a first of its kind, a cemented total hip replacement was done at Sub District Hospital, Kreeri by the Orthopedic Unit of the hospital. An old male patient resident of Kreeri, Baramulla who had history of fall was diagnosed with fracture neck of femur, was operated upon successfully by the team headed by Dr. Zamir Ali, Orthopedician including Dr. Mohd. Sadiq, Anesthetist, Mr. Bashir Ahmad, Mr. Shabir Ahmad, Ms. Tasleema Akhter, Mr. Sajad Hussain, Mr. Waseem Ahmad, Mr. Mohd. Abdullah Bhat, Ms. Shameema Bano (theatre staff). The patient after successful recovery, has been discharged from the hospital. It is pertinent to mention here that this kind of advanced orthopedic surgery has been performed for the first time across Kashmir Division at Sub District Hospital level. On 19th of June 2017 a female patient with long standing nasal mass was operated for FESS and complete endoscopic clearance of 15 cm long nasal mass was done.
The Operative team under the logistic support from Dr Abdul Rashid Para MS DH Pulwama included :-

Elderly male patient case of decompensated Chronic Liver Disease, etiology PBC (Male PBC very rare) was banded at District Hospital Ganderbal recently. The procedure was performed by Dr Manzoor Wani under full logistic support from MS DH Ganderbal Dr Samina Mufti.
The Endoscopic Variceal Ligation (EVL)/Banding is an advanced intervention and performing such procedures at District Hospitals will be of much benefit to the patients in their respective districts. 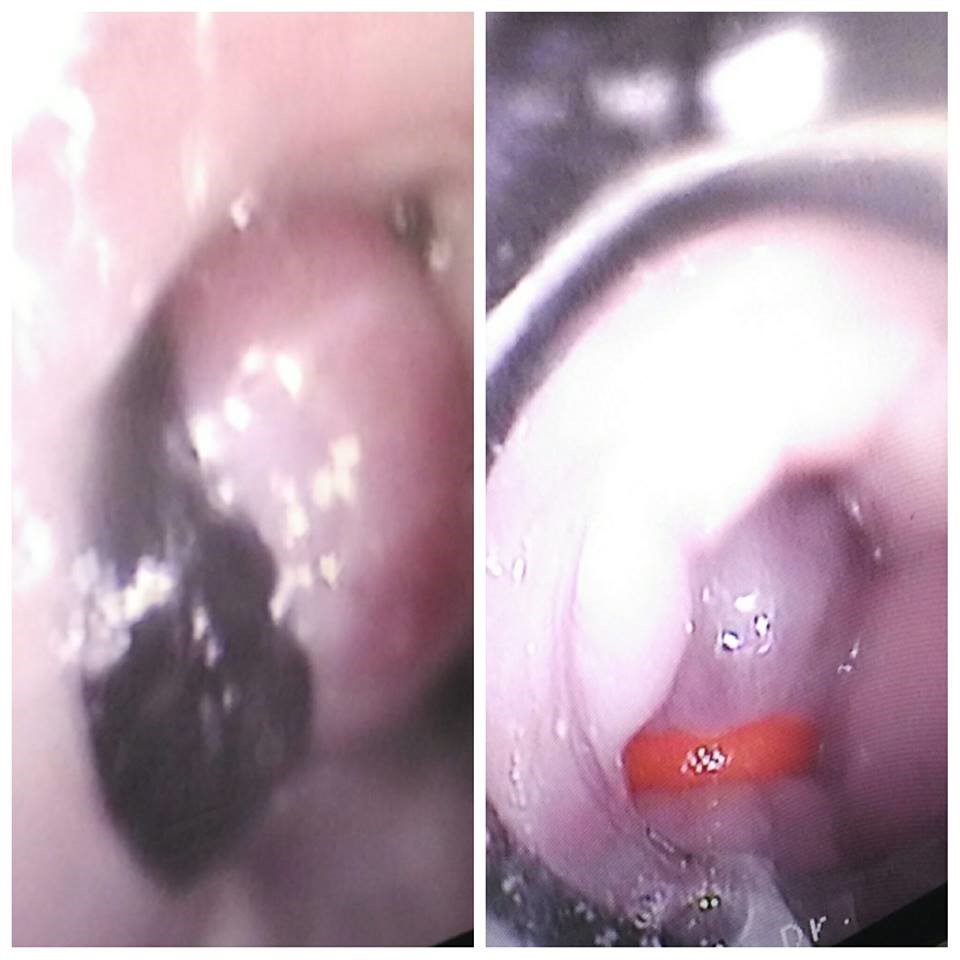 A rarest of rare surgical case involving "testis inside hernial sac” was operated at Sub District Hospital, Pattan. Normally a testis with cord lies posterolateral to hernial sac, but location of testis with cord itself inside a hernial sac is extremely rare. The case was successfully operated at SDH Pattan, District Baramulla by the General Surgery unit of the hospital.
A 60 year old male who reported with scrotal swelling was operated and during exploration testis along with spermatic cord was found inside hernial sac in the scrotum. The operative team under the logistic support of BMO Pattan included Dr Imtiaz Wani (Surgeon), Dr Mohd Amin (Consultant Anaesthesia), Mr Younis, Mr Muddasir, Mr Tanveer, Mr Showket , Mr Gulzar and Mr G Parray (Theatre Staff).